Verbit has just announced another big funding round pushing total investment in the AI-based transcription service past $100 million since its founding. Just 10 months after closing a $31 million Series B funding, the company has finalized terms on a new Series C round of $60 million. Sapphire Ventures led the most recent financing that also saw participation from existing investors Vertex Ventures, Stripes, HV Ventures, and ClalTech along with new investor Vertex Growth.

“We are still not at the billion-dollar valuation but we are not far from it,” said Tom Livne, CEO and founder of Verbit, during a podcast recording with Voicebot earlier today. “COVID has been an accelerator to our business. We actually grew our revenue more than five times this year. Usually, the valuation is a reflection of revenue growth so definitely, we are ahead of where we planned. Our goal is still to become a billion-dollar company and an independent public company. I do believe that can happen in the next two-to-three years.”

Most of Verbit’s current business comes from academia and legal services. Universities and other education institutions are often obligated to provide transcriptions of classroom lectures to comply with laws such as the Americans with Disabilities Act that protect disabled students. This segment alone is a large market of over $1 billion in potential annual revenue according to Livne.

The legal market is three-to-four times larger he says. Sworn depositions require high accuracy and represent a rapidly growing segment for Verbit. Media, distance learning, and enterprise are new markets that have recently launched and the company expects to use some of the new funding to build more awareness and customers in these industries.

AN AI BUSINESS NETWORKED WITH HUMANS

Verbit has an AI-based speech model that gets applied to all of its customer projects. The transcriptions are also refined using domain or industry-specific speech models and refined again with models tailored to each customer, potentially down to the level of an individual professor. Only after these automated transcription processes are applied is a human engaged to bring the final product to 99.9% accuracy. That reflects a word error rate (WER) of 1-in-1000 or lower.

A network of 22,000 human transcribers is a key differentiator for Verbit. The company onboards transcribers with a test that assesses their competency and identifies if they have special skills in languages, accents, or subject matter. The system then updates that information based on each transcriber’s performance and experience. This data is used to route new projects to transcribers that are most likely to efficiently deliver high accuracy.

While the transcribers are editing the transcripts, the speech-to-text speech recognition system is automatically updating its model based on the input. It is a de facto supervised learning approach but based on actual edits instead of data labeling. This process works in real-time so an edit to one word early in a transcript can lead to updates in the text later in the recording even before the transcriber gets to it. Any edit is a signal to the AI it can use to update and improve the speech models. The approach is also applied to Verbit’s new real-time transcription service which Livne said has been a significant growth driver recently.

EXPANDING INTO NLU AND AN ACQUISITION WAR CHEST

Verbit has plans for its new funding that go beyond expanding into new vertical industries. Livne told Voicebot that the company would invest in natural language understanding (NLU) technology in order to provide more services to customers. For example, he mentioned the ability to identify conflicting statements from a witness during their testimony solely based on their transcribed depositions. In addition, he said that the resources could be applied to acquisitions which could help Verbit expand more quickly into new verticals.

Verbit, which develops automated transcription software, was founded four years ago and completed its $31 million series B round in January, led by the U.S.-based Stripes Group. The new capital brings the company’s total raised to $100 million. 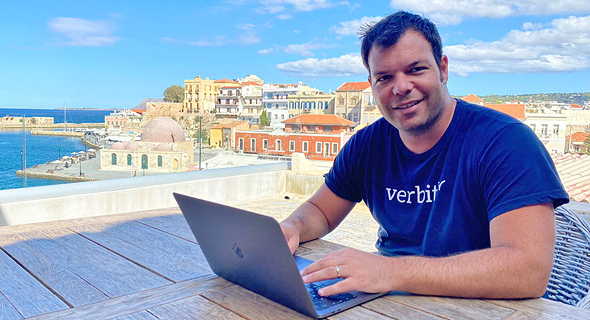 Verbit’s software combines artificial intelligence and human intelligence in order to provide a smart and quick professional level transcription solution. Verbit’s technology is in use by upwards of 400 clients active in fields such as law, and academia. Among Verbits clients are esteemed academic institutions like Harvard, Stanford, The London Business School, and others. The company also has a community of 22,000 transcribers, working out of 30 countries around the world.

Verbit was featured in Calcalist’s 2020 list of Most Promising Logistics and E-Commerce Companies. The original article can be read here.